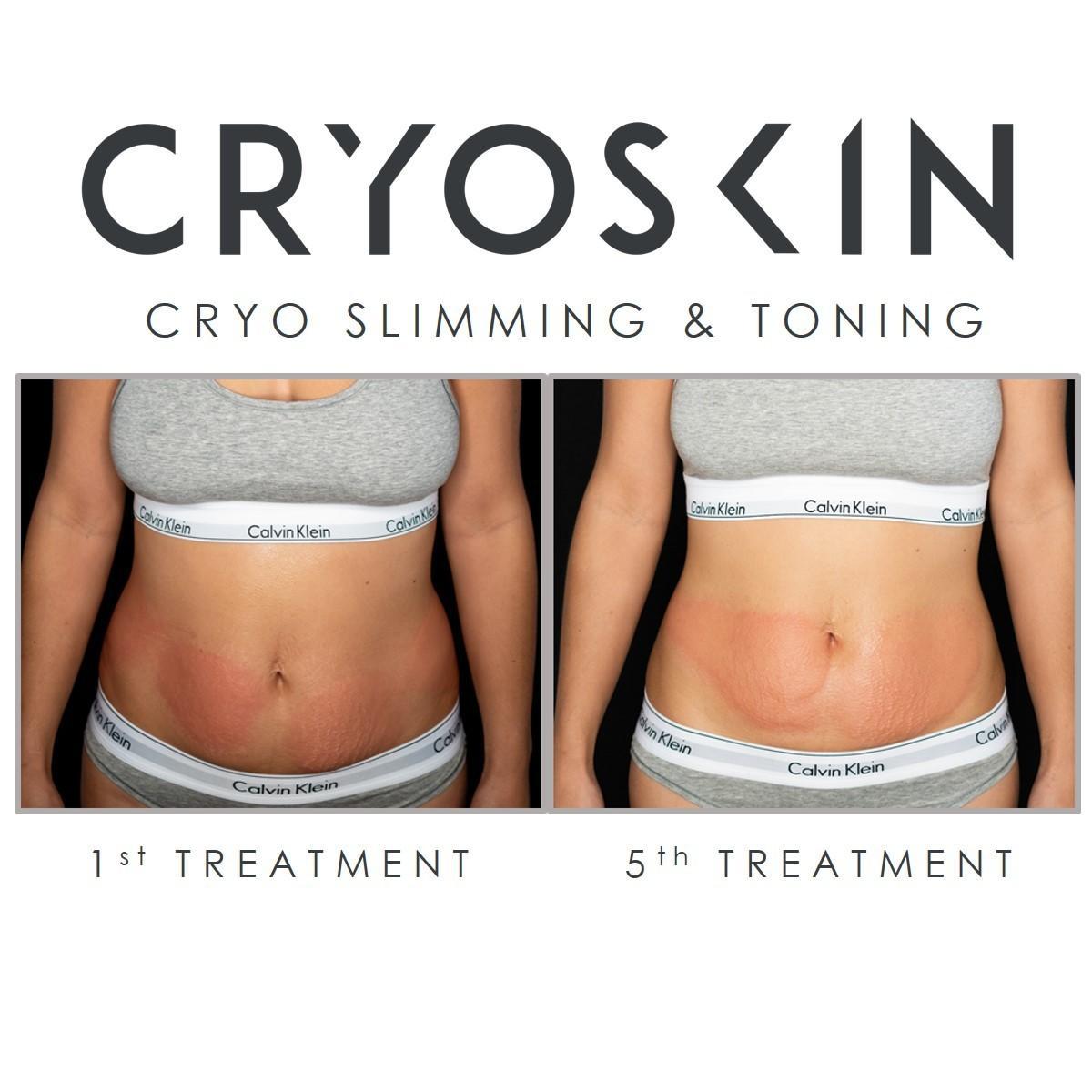 Cryoskin is a revolutionary machine from Europe which uses heat and cold to destroy fat cells permanently.
The technology is applied using a massage technique which is painless and non invasive.
No suction, no surgery. Just incredible results in 30 minutes

How does it work?

The machine itself functions by a Peltier effect (thermoelectric cooling) regulated by a hydraulic system which ensures a very high inertia which is absolutely necessary for the correct application of the treatment in a minimum of time. These characteristics, which are very difficult to obtain, make it possible to enact a very rapid cooling of the fat tissues while avoiding the risk of lesions of the skin tissue due to an application that is too long. The principle of the treatment is to lower the temperature of the fat cells enough to cause what is called the phenomenon of apoptosis. This phenomenon is triggered when the temperature of the fat tissues is between 17 and 12 ° and consists in a self-programming of the death of these cells.

If you work hard to make the best of yourself and your body, then this is for you. Depending upon what you want to achieve, Cryoskin can be used in 3 modes. 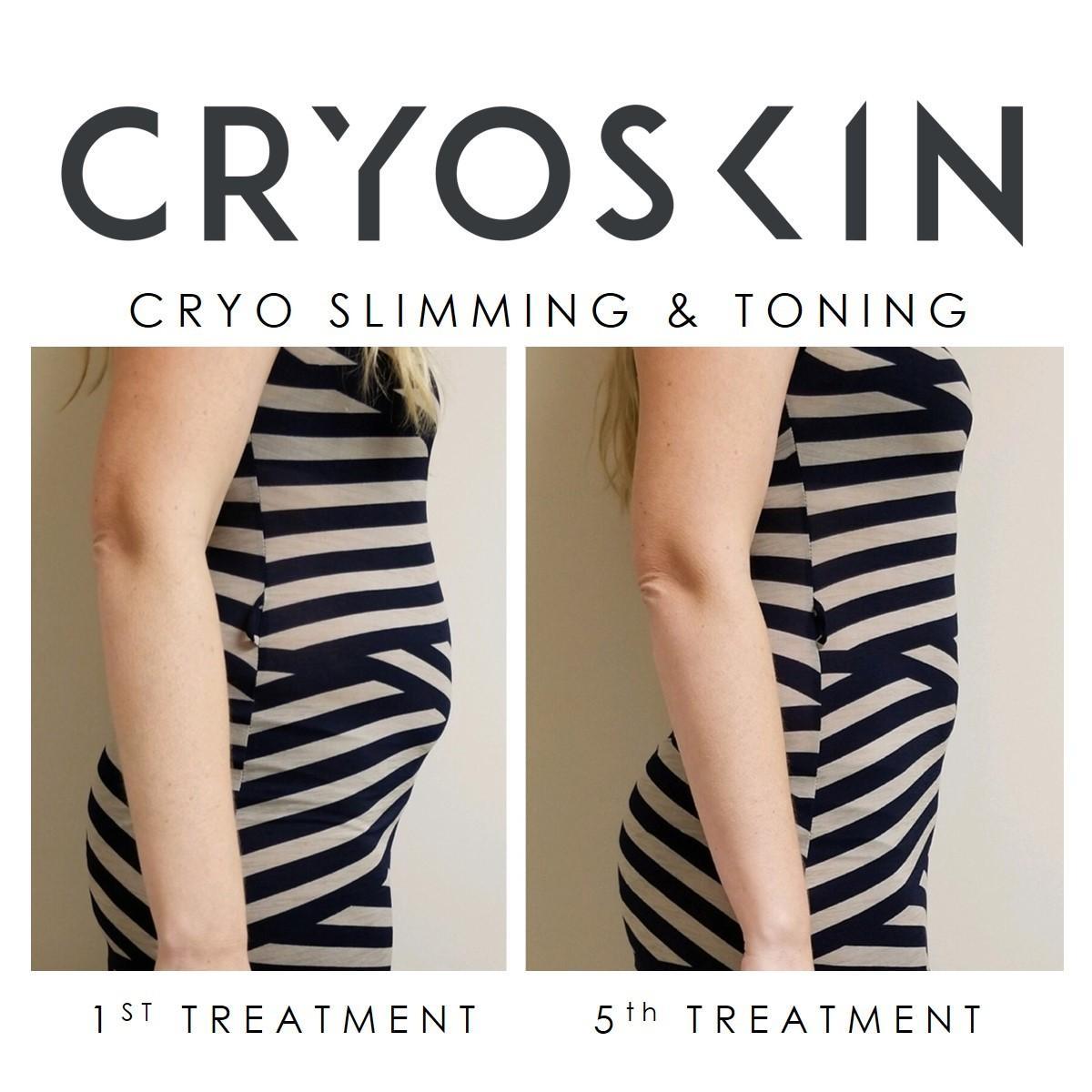 Cryoskin can slim your stomach, legs, back, arms and butt. We take measurements before and after and most people lose at least an inch in their first session. (No really). 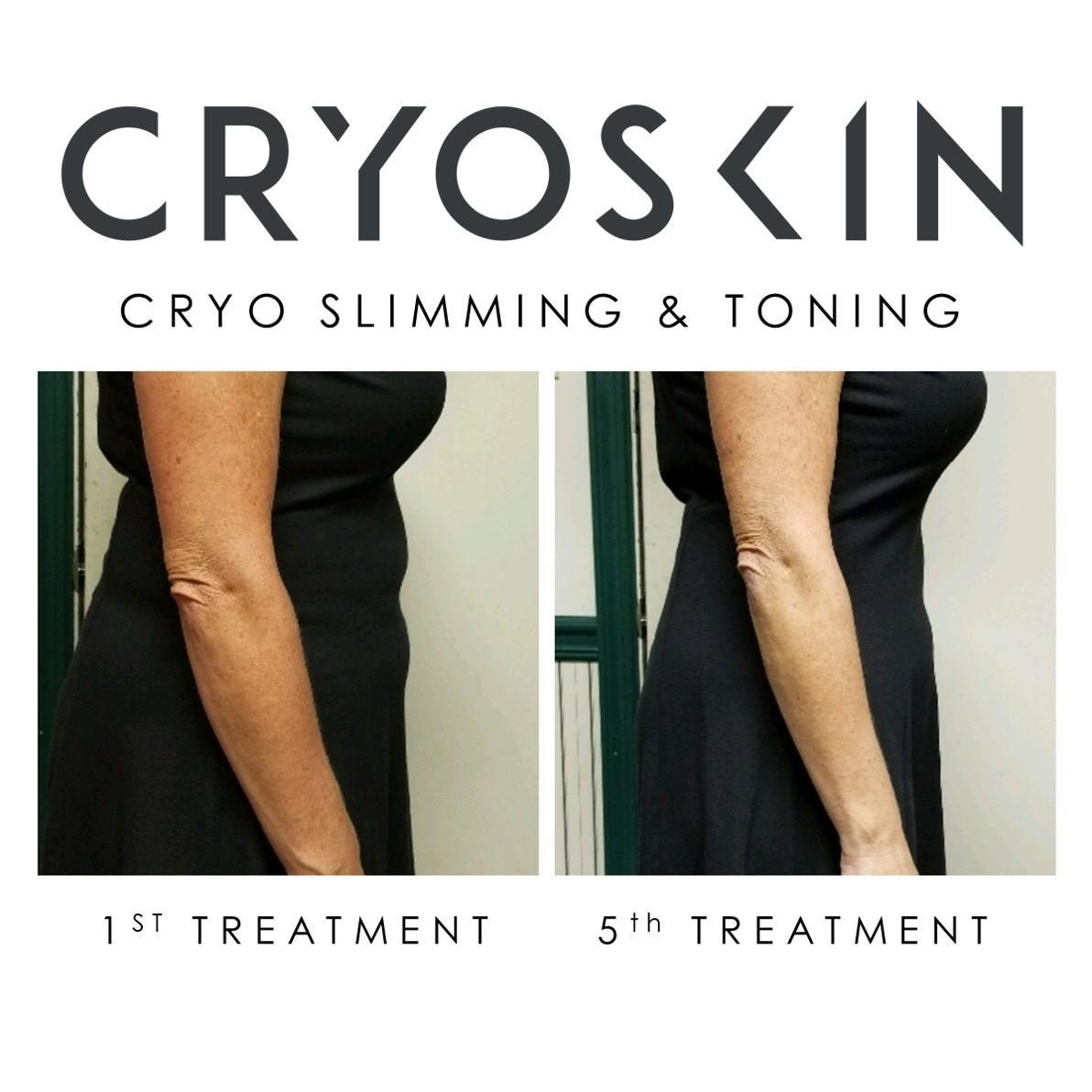 Toning is effective for drastically reducing the appearance of cellulite and shaping those tough areas that diet and exercise just can't reach. 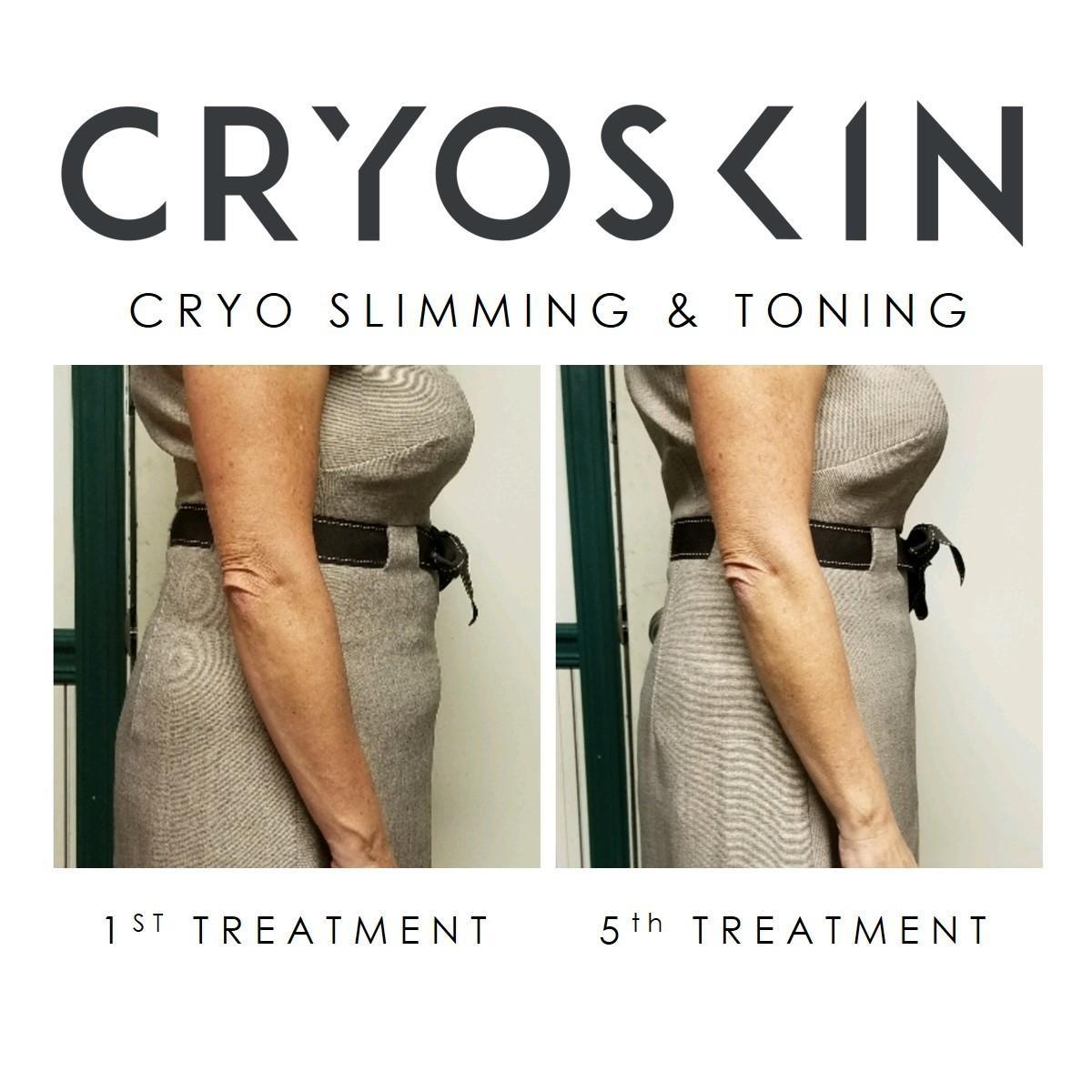 Cryoskin Face can help to improve your complexion, reducing pore size and the appearance of fine lines and wrinkles. It can even visibly reduce a double chin.

Are there any risks?

Can I do this if I'm pregnant?

Like any external treatment, this is not advisable and of course forbidden on any body areas. The safest is to abstain from treatments altogether. Facial Toning sessions are the only option that we leave up to the discretion of the retailer for clients that are pregnant or breastfeeding.

The risks concern only people with contraindications mentioned above and remain minor and temporary.

What are the side effects?

There are few. Sometimes localized redness that disappears after a few hours. Sometimes some delayed onset muscle soreness that rarely exceeds 2 to 3 hours. There may also be some itching without consequences and often due to the reactions of certain cosmetic products used by clients. Hence it is good to ask clients to not use anything (i.e. strong lotions) before coming to do the treatment because some products can crystallize to the cold and cause discomfort. It is also normal after Slimming sessions for clients to experience increased urination and/or change in urine color or smell.

Is there a certain person who is best suited for this treatment?

The best body profile are clients that are not "fat" or overweight. The treatment is not for clients requiring weight loss but rather for the vast majority of those who have unsightly cellulite or fatty areas (often due to poor diet, poor lifestyle or a static workplace, for example).

How does it feel?

The feeling is rather pleasant thanks to the start of the treatment which is generally done with a short period of skin warming and a gradual but rapid decrease of the temperature. At the end of the treatment, the thermal shock appears very quickly, which gives a feeling of warmth and lightness at the same time.

How long is each treatment?

How quickly will I see results?

Depending on the individual and depending also on their lifestyle and diet, the results last several months or several years. It is advisable to come back for 2 or 3 maintenance sessions 6 months after the end of treatment to maintain results.