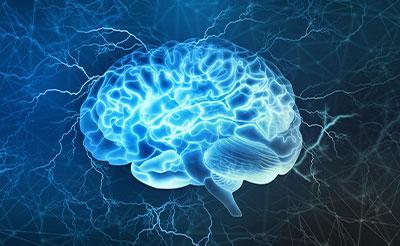 Tourette syndrome is a neurological disorder characterized by sudden, repetitive, jerking motor movements such as eye blinking, coughing, throat clearing, sniffing, and facial movements, or vocalization of socially inappropriate and derogatory remarks.  Tourette Syndrome may be masked in some sufferers by such other conditions as attention-deficit hyperactivity disorder (ADHD) and obsessive–compulsive disorder (OCD).

The cause of Tourette’s is unknown but current research suggests that a problem with how nerves communicate in the brain via neurotransmitters may be involved.

Drugs that deplete or block neurotransmitters, antidepressants and Botox often are prescribed.  Dulling of the mind and weight gain are among observed side effects.  Stimulants work in some cases but can exacerbate symptoms for others.  Long term effects of drug treatment for Tourette Syndrome has not been well studied.

According to the Journal of Traditional Chinese Medicine, improved attention and focus, reduced fidgety or hyperactive behavior and better mood are observed results of acupuncture treatments.  In one published study, Tourette’s symptoms were reduced or completely eliminated in 73% of the patients treated with acupuncture.

The English language Journal of Traditional Chinese Medicine reported on a group of children between the ages of 6 and 15 treated with Acupuncture within one year of diagnosis of Tourette Syndrome.  Lead author of the study, Wu Lianzhong of the acupuncture department of the No.1 Hospital, affiliated with the Tianjin College of Traditional Chinese Medicine, noted that in 84 patients who had shown EEG abnormalities at the outset, 72 of those cases became normal after the treatment course of several weeks.

Studies clearly show a high rate of improvement and even cure of Tourette Syndrome treated with acupuncture.  The treatment period is best begun as soon as the condition is diagnosed.  In addition to acupuncture’s effectiveness, its major advantage over drugs is its safety.